What is a Home Lab you might ask? A lab is a place to experiment and learn, safely. For those working in IT, it allows us the ability to learn and experiment with hardware/software that would normally be used in production environments.

As a Technical Account Manager with VMware by day, I don’t spend nearly as much time with hands-on-keyboard as I used to in previous roles. So having a place to try the latest version of VMware products as well as study for that next certification is really instrumental for me to stay sharp on all of the technologies.

You can deploy a lab in various forms, from full enterprise-level compute, network and storage, or as simple as running a few VMs on your desktop or laptop. My first home lab was mostly run locally on my desktop, and while that works fine, when I started to explore a nested ESXi cluster, I ran out of resources. While I was in a different role elsewhere, I had some resources at work I was able to use for lab purposes. However, since leaving that position and joining VMware, I really wanted to deploy a full home lab experience with some enterprise-level gear. But first, I knew I needed some type of plan prior to looking for servers on eBay.

I knew I wanted to deploy all-flash vSAN, at least 4-nodes, with 2 sockets each. I felt this would give me the best flexibility, but also allow me to control noise, power, and thermals to reasonable, albeit, wife acceptable! I really wanted to be able to run vCF, and explore standing up entire environments repeatedly to test various variations and ideas.

As far as my home network goes, it was pretty much ready for this. I had planned longer-term to make sure I would be able to easily scale for whatever home lab I desired. I started working with Unifi product line from Ubiquiti back in 2016. I’ve deployed various configurations for some small/medium businesses with great success. My home configuration is as follows: 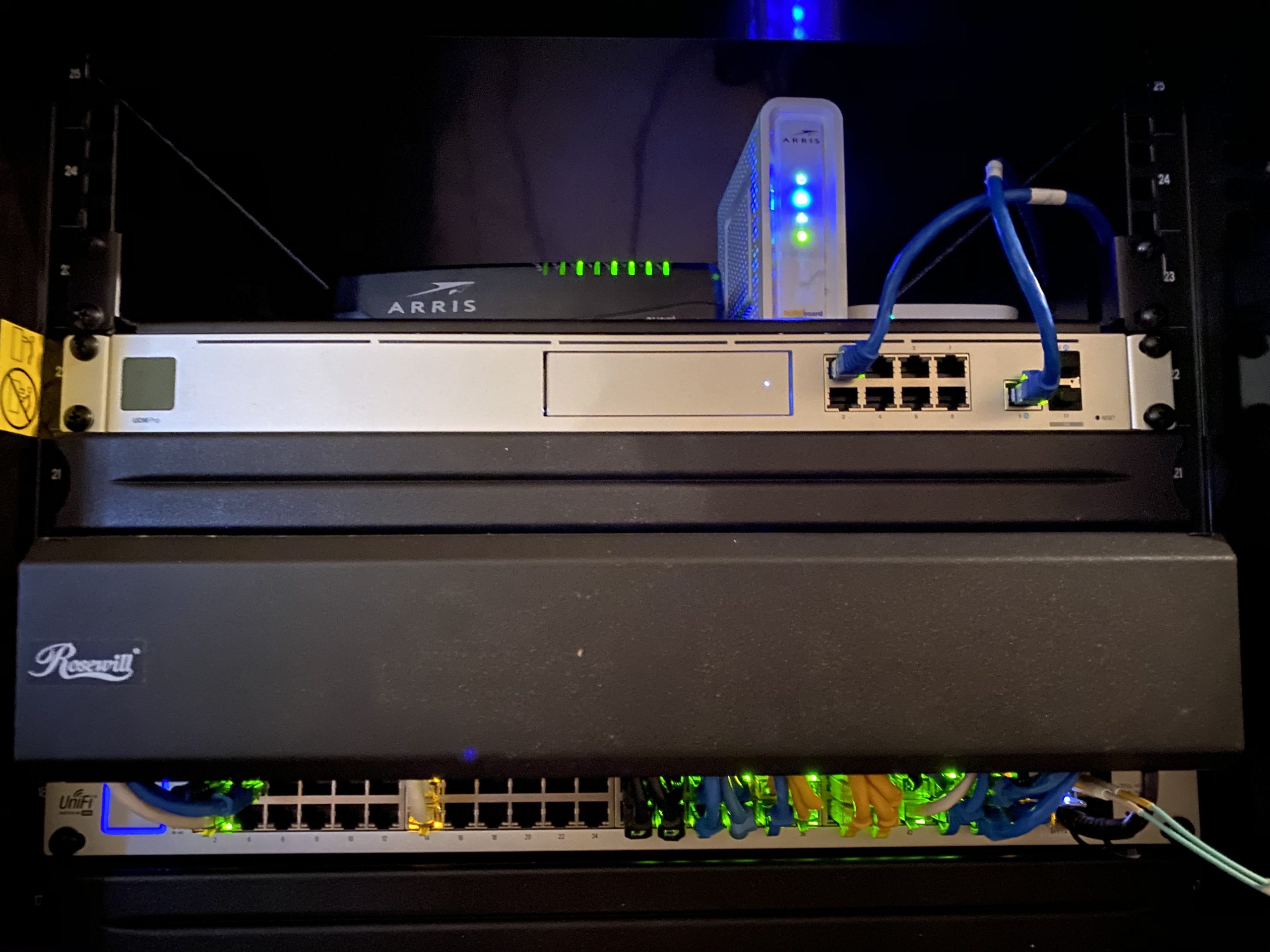 For internet connectivity, I have Comcast Xfinity Gigabit using an Arris SB8200 DOCSIS 3.1 modem. I also have voice service from Xfinity, using an Arris T822R modem (at the time, there was no voice + modem available for retail purchase).

While the Mikrotik 10G 5 port will get the home lab by, my intentions are to purchase the much larger 24 port 10G version later on and run 2x10G for each host.

Speaking of hosts, I was thinking of going with Cisco UCS C240 M3s. Simple 2U design, relatively inexpensive compared to Dell/HPE gear because most buyers seem to write them off. Concerns due to licensing the bits and pieces and how that would relate when owning these servers second hand. Anyhow, I was intending on buying 4 matching servers with Sandybridge or Ivybridge CPUs.

Then, one random evening, a new listing popped up on Facebook Marketplace from someone local. 2x Dell R620s and 1x Dell R720XD. E5-2650 CPUs, 64GB and 128GB respectively. Packed full of 15K SAS 146GB drives. The price was much better than eBay, no shipping or tax either. Met the seller a couple of days later and picked them up. A friend of mine offered to buy the R720XD from me, which allowed me to pick up 2 more R620s that matched the other configuration. Shout-out to Tim Borlands, as he hooked me up with 6x400GB Intel DCS 3610 SSDs, 4×1.6TB Intel DCS 3610 SSDs, 4 HPE 560SFP+ NICs and 8 1m Intel copper SFP+ DACs. Sprinkle in some additional RAM from eBay and another friend (thanks Jeff), and now we have the current configuration today:

(yes, I need to fill those open drive bays! eBay to the rescue!)

At this point, everything is racked how you see it in the photo, and running ESXi v6.7U3, vSAN 6.6 and VCSA 6.7U3 (I’ll post build numbers later). Right now the cluster’s only purpose is running the recently released Folding@Home appliance from VMware flings to help contribute to finding a cure for COVID-19.

Stop back for Part II, where I will cover networking and storage configurations in a little more depth. A couple of other areas I’d like to explore soon will be VMware Horizon and also dive into vCF Lab Constructor (VLC).